Well, this past week has been a doozy to say the least. I live in Katy which is on the west side of Houston. The amount of rain that Hurricane Harvey dropped on Texas and specifically in Houston and the surrounding areas was absolutely astounding. We've seen areas of the city that not only have never flooded but aren't even in a 500 year flood plane and got water in the structures. My family and I were very blessed to see the water rise but never enter our house. However, the homes literally 4 streets back had 6 inches of water in them. Hurricane Katrina dropped around 16-18 inches. The LIGHTEST hit parts of our town saw that much rain. The heaviest areas are logging upwards of 50-60 inches. With controlled releases out of 2 reservoirs likely to continue for 2-3 weeks, there are some areas under 4-8 feet of water that will be inaccessible for more than a month. They estimate that it may take up to 3 months for the water to return to pre-Harvey levels in some parts of town.

While the devastation is vast, I've seen this city, this state, this country, come together in an even more amazing show of support and assistance. A local businessman (furniture store) had a family show up on the doorstep of one of his stores (they have round-the-clock employees because the store is massive - 160,000 sq. ft+) at 2AM last weekend, shaken, and asking if they could please come inside because they had been flooded out of their home and lost everything. The businessman not only let them in but announced on social media that he was opening all 3 of his stores 24/7 for evacuees to use as a shelter. It cost him $30,000/day to do it, but he didn't think twice because of the suffering he was seeing. That's just one of many stories I've seen and heard not to mention what my own company has done for displaced employees (which has been WAY beyond the call of duty).

All this to say, it is going to take a while to get back to life as it was before Harvey, but the love that has been shown across all walks of life has been awesome and I pray it continues long after we rebuild. Before Harvey this country (well, the media at least) was focused on division surrounding the removal of some stupid (yes.. I said STUPID) statues. I assure you that no one asked what political persuasion, race, religion, or creed, the person rescuing or being rescued was. There were needs, and people responded. Lives were on the line and people selflessly jumped in the water to help (and in some cases gave their own life). This nation could learn from this experience.

Anyone else here live in an area that has been affected by Harvey?
Top

That sucks. Glad your home was spared. If my home ever flooded like what happened to so many ppl in Houston, I wouldn't move back in.

SaGe^KS, you're next in the path of a big hurricane (Irma). What are you doing to prep? Staying or getting out of the area?
Top

I work for a hospital system, so I usually need to put up the hurricane shutters before the path is even determined.

At this point my shutters are already up. My wife comes with me to the IT command center and gets a cot. Since I'm in IT leadership I'm on NOC duty during storm to make sure IT critical systems stay up and downtime procedures as implemented if the data center goes down. We'll be safe at the data center it's hurricane rated and living in Florida I've learned the first savings I did was my homeowners deductible.

My advice to anyone before you save for a new car or anything else. Review your homeowners policy and start a savings for your deductible. Pray you never have to use it but definitely have it. The worst can always happen and a 10k-50k$ deductible is always forgotten.
SaGe^KS
Top

Damien, if you need to head West, you know our doors are always open. Stay safe.
Hardfought Forum/Game Server Admin and all around board troll 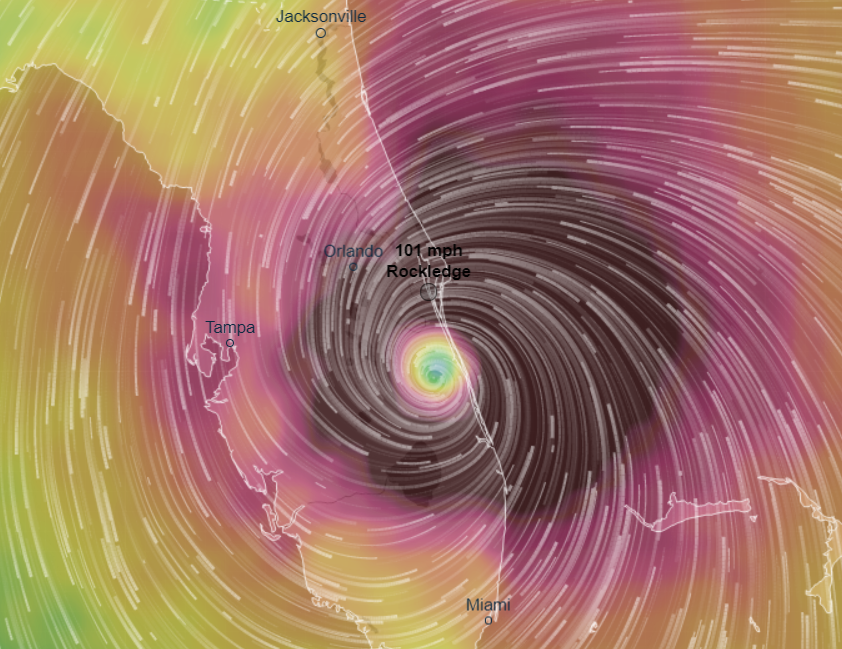 SaGe^KS wrote:My advice to anyone before you save for a new car or anything else. Review your homeowners policy and start a savings for your deductible. Pray you never have to use it but definitely have it. The worst can always happen and a 10k-50k$ deductible is always forgotten.

EDIT - you can look online and find guidance about having a high deductible on your home on purpose to save money on your insurance bill. Sure, if you have tons of cash laying around that you can spend without missing it, or live in an area where the odds of anything happening to your home are very low. Florida? hah no. I really hope you make it through this with minimal damage

There is always two deductibles, most only know of the first... The repairs one. That for me has $500. If they consider your home a loss... Which up north you most likely not even ever need. In Florida that chance is real.
The typical policy will say 30% of the value of your home. Read your policy.
SaGe^KS
Top

There are two types of deductibles, yes - fixed or percentage based. But I have never heard of two separate deductibles enabled at the same time. I've read my policy a few times over the years, there's just the one I mentioned.

Ahhh so before submitting this, I found an article online concerning homeowners insurance in Florida. It IS a Florida thing - dual deductibles. Quote from article:

Since Florida insurance laws allow for flooding and general home insurance to be split into two policies, there are two deductibles to deal with as well. Flooding and hurricane insurance deductibles tend to be much higher than you might expect and generally are set higher than the amounts designated in other forms of home insurance. If you expect to only have a few hundred dollars on hand to start immediate recovery and repairs after a flood, make sure you pick a matching deductible on your flood plan.

But anyways. I just read that Irma went back up to a category 5 after hitting Cuba. Stay safe SaGe.
Top

I live near Spring, which is north of Houston. We were hit, but my neighborhood just had normal flood levels. The neighborhoods north of me got hit really bad.
Top

Glad you are safe and didn't get flooded out, Catharsys. It has been awesome to see how everyone has come together to help each other out. Slowly but surely we'll build back what was flooded out. For the most part everything in my part of town (west Houston) is back to normal (except Highway 6 and Eldridge north of I-10 which is still impassable).
Top
Locked
12 posts • Page 1 of 1

Users browsing this forum: No registered users and 10 guests